Hades vs. Thanatos: What’s the Difference?

Hades Thanatos are both popular in Greek mythology in their own right. Hades is the brother of Zeus, and he manages the kingdom of the underworld and the dead. On the other hand, Thanatos also lives in the realm of Hades, but he is working on being the god of death.

Are Hades and Thanatos correlated with each other, or do they have many differences from each other?

If that is the case, let’s read more about their contrasting traits and look if there are similarities between the two of them.

The Gods In The Underworld

Hades is more influential than Thanatos in Greek mythology. The reason lies behind his genealogy and his role for the Greeks.

Hades is coming from the new generation of gods. He was the firstborn of the titans Cronus and Rhea. Unfortunately, shortly after he was given birth, Hades was swallowed by his father in fear of him being a threat and his other divine siblings. It remained that way until Zeus was presented to their father as a rock and saved them all from their tyrant father’s stomach.

He had Persephone as his wife, and they had Makaria and Zagreus as their children, but other stories are telling that Melinoe and Plutus are included in their family.

Unlike Hades, Thanatos, the god of death, has a different family tree.

Thanatos’s parents came from the chaos, namely Erebus and Nyx. Their parents also gave birth to their twin brother, Hypnos, who is the god of sleep.

Their family has a darker shade of the human’s personality. This happened because it has something to do with Nyx, as she is the goddess of the night. She possesses very complicated powers that even Zeus does not want to mess with her. Erebus is also not the one to mess with, as he is mainly working on all things related to darkness.

His other siblings were named Geras (old age), Moros (Doom), Nemesis (hate), the Keres (death spirits of violence), and the Oneiroi (daimones).

Interestingly, even though Thanatos was pictured often as the god of death, who seems to be the violent one, it is, in fact, his sisters, the Keres, who are interested in taking the souls of warriors or mortals who have faced a very bloody death.

The god, however, doesn’t have any wives or children, unlike Hades, who has several. Thanatos is very dedicated to his work and his loyalty to Hades in keeping death as swift as possible.

Hades Thanatos also has a different status in their relationships. Hades has an interesting take on his love story with Persephone, but Thanatos has none. 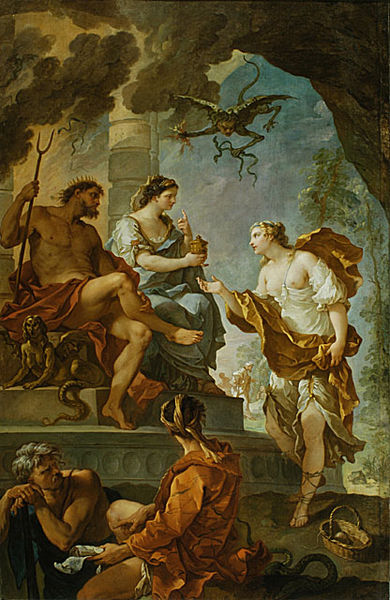 In the very beginning, Hades was so taken by Persephone’s beauty. She has long golden (or brown) locks and a beauty that mainly attracts Hades.

However, their love story is a little unconventional as Hades abducts Persephone. This only happened because Zeus advised that it would be best for him to take Persephone without any consent to make sure Demeter wouldn’t contest the idea.

Persephone was captured, and she spent her time in the underworld with Hades, and the god was more than willing to give anything to the goddess. She was given a beautiful garden only dedicated to her, as well as the wealth of the underworld. Hades truly loved the goddess with all of his heart, but then Persephone had to go and meet her mother again.

Other than Persephone, Hades also had his eyes on other nymphs, but it wasn’t as extensive as his polyamorous brothers. Because of Persephone’s jealousy, one nymph became a mint tree, and the other became a tree because of Hades.

On the other hand, Thanatos does not have any romantic involvement with anyone. But others are telling that he is in love with Hades’ daughter Makaria.

Roles in The Realm Of The Dead

Hades varies from Thanatos because of what they do in the underworld.

Hades manages the whole underworld. He is the owner of Cerberus, and he is the one who drew the short end of the lot when they decided to divide Cronus’s properties among themselves. Meanwhile, Thanatos is responsible for the gentle death of any soul.

Hades, the God of the Underworld

Knowing Hades as the underworld god, he has an extensive role in keeping things in order in his kingdom. He had tight security around the place, with his loyal guardian, Cerberus, guarding the gates.

If the souls have the right to go through the process of being judged, they will be chauffeured by Charon to the river of Styx if they have some drachmas to pay him.

Hades also works with three sages who help him filter the souls of the dead about where they should go. Hades has the help of the three judges. Rhadamanthus judges the dead coming from Asia. Aeacus came from Europe, and when the people are in no particular order, Minos is the one who judges them.

Thanatos, The God of Death 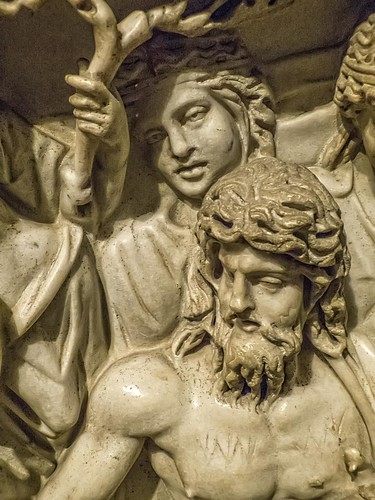 More precisely, Thanatos is the god of nonviolent death. Like his brother Hypnos, those visited by Thanatos know that it is their time to go without having to struggle or experience the hardships of being dead.

In fact, there is a modern touch to studying death, and it is named after Thanatos. The science is called Thanatology, where it talks about the psychological and emotional aspects of approaching death.

Hades vs. Thanatos: What Are Their Roles in Mythology?

Has Hades Thanatos appeared in mythology? Of course, they do.

Hades’s famous myth is his vengeance against the king, who tried to trick Thanatos out of his death. King Sisyphus.

King Sisyphus was the king of Corinth. Sisyphus has many encounters with Zeus, mainly because he was messing with him, and Zeus is not the god you want to mess with. So, Zeus did everything he could think of to punish the mortal, so he asked Thanatos to take him to the underworld.

However, Thanatos was chained instead of Sisyphus. In this period, no human could die because Thanatos was not there to collect their souls. Ares did not like it in the very least because he is known for his love of bloodshed and death.

In his fury, Ares captured Sisyphus and gave him to the hands of the now free Thanatos and left him in Zeus’s judgment.

Some stories say Hades is in place of Thanatos. Zeus gave him Sisyphus the punishment of rolling the boulder up and down the hill over and over again.

But the most popular myth is that Thanatos gave Sisyphus to Hades and Hades negotiated with him. Sisyphus believed that if he could push the rock out of Tartarus, he would become alive once again.

However, whenever Sisyphus almost made it to the top, the rock would roll down again to torment him, and he would not stop the punishment.

Even though Hades Thanatos definitely have differences from each other, they work together to manage the dead accordingly.

They are not the bad guys, unlike the Christian depiction of the devil who lives in hell. They are just working to have a peaceful world under the earth.